What is Gold Coast Dragons?

Gold Coast Dragons is a dragon boating sports club that prides itself on having a good time but also working hard to achieve results. As we say, “Paddle Hard. Play Harder”

What is a Dragon Boat?

With its roots in ancient China, dragon boating is a traditional canoe discipline with immense popularity the world over at both the recreational and competitive levels.  The Chinese dragon - the classic version of which has the head of an ox, antlers of a deer, mane of a horse, body of a python, claws of a hawk and fins and tail of a fish decorate the bow and stern of the long narrow craft.  The boat is usually dressed at competition events.  The hull of the vessel is often painted with scale to represent a dragon's body and the paddlers symbolize its claws. It has 10 seats and in each seat, 2 paddlers sit side by side. There is also a drummer at the front and a sweep (person steering) at the back. Race distances are usually 200m, 500m, 1000m and 2000m. 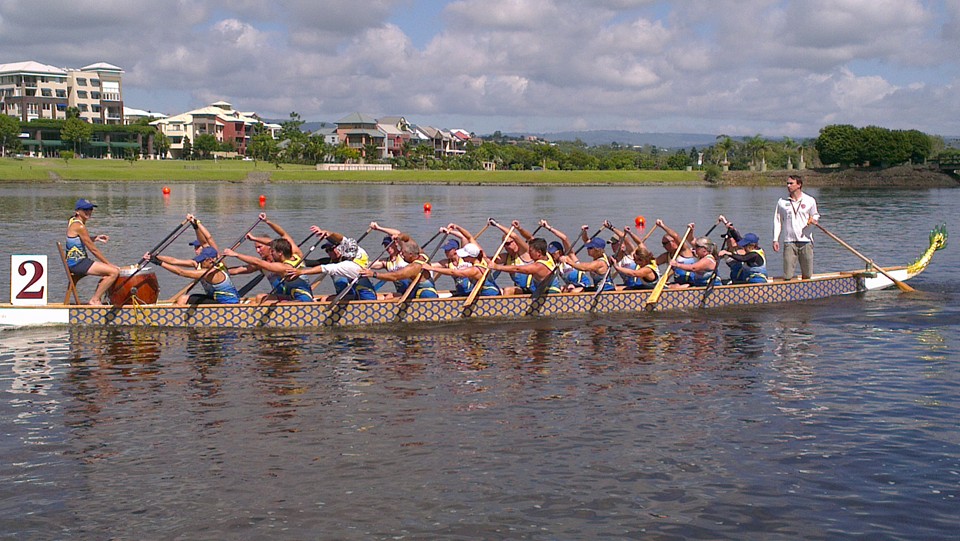 How did it start?

In ancient China, the Dragon Boat was used for religious purposes as a way of appeasing the rain gods. Later Qu Yuan, a great warrior poet, committed suicide in the river Mi Lo, as a protest against the political corruption of the day. To commemorate this sacrifice the people began to organize Dragon Boat Races in his memory. Since that time over 2000 years ago, Dragon Boat Racing has become a major part of Chinese culture, representing patriotism and group integrity.